Our first-ever video Master Class with Seattle dance-makers Zoe Scofield and Dani Tirrell. This class explores the rich similarities and differences between these two choreographers making work in... More

Our first-ever video Master Class with Seattle dance-makers Zoe Scofield and Dani Tirrell. This class explores the rich similarities and differences between these two choreographers making work in Seattle. A dancer’s “Behind the Actors Studio”, this class invites viewers into the conversation where Dani and Zoe discuss dance philosophies, teaching methodologies, their love-hate relationship to ballet, and strong feelings about unison.

This project made possible with support from Doris Duke Charitable Foundation, National Endowment for the Arts, 4 Culture, and the University of Washington's Department of Dance.
Made in partnership with Reel Grrls Pro.

2015 Guggenheim Fellow Zoe Scofield is a dance and visual artist based in Seattle Washington since 2002. Born and raised in Gainesville GA, Zoe began ballet at a young age, instilling in her a deep love and interest in structure, discipline and performances’ ability to create a transformative experience. Zoe attended Walnut Hill School for the Arts, an arts high school in Boston MA, receiving a Monticello Choreography Fellowship and graduating with high honors in dance. After, she danced with Prometheus Dance in Boston and Atlas Moves, directed by Bill James in Toronto Canada. Zoe earned an MFA in Dance from the University of the Arts as part of their inaugural class. 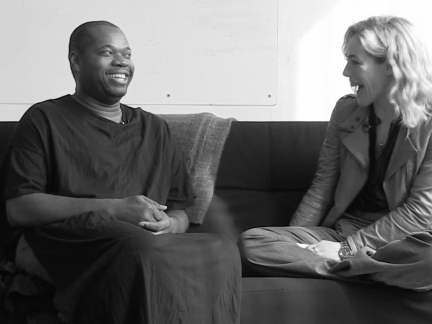