Ahamefule J. Oluo is a Seattle-based musician, composer, writer, and stand-up comedian. Oluo is a founding member of and trumpet player in the Stranger Genius Award-winning jazz-punk quartet Industrial Revelation, and was featured in City Arts Magazine’s 2013 Future List as one of Seattle’s most promising artists. Oluo has collaborated with such diverse acts as Das Racist, Macklemore, Hey Marseilles, and TacocaT. He was a semi-finalist in NBC’s Stand Up for Diversity comedy competition, and co-produced comedian (and writing partner) Hari Kondabolu’s albums Waiting for 2042 and Mainstream American Comic, for Kill Rock Stars. He was the first ever artist-in-residence at Seattle’s Town Hall, and in 2015 he appeared on This American Life and received a Creative Capital Award. In 2016 Oluo was awarded Artist Trust’s Arts Innovator Award, and the performance of his autobiographical musical Now I’m Fine at the Public Theater in New York City was called "dizzying," "engaging," and "grand" by the New York Times. 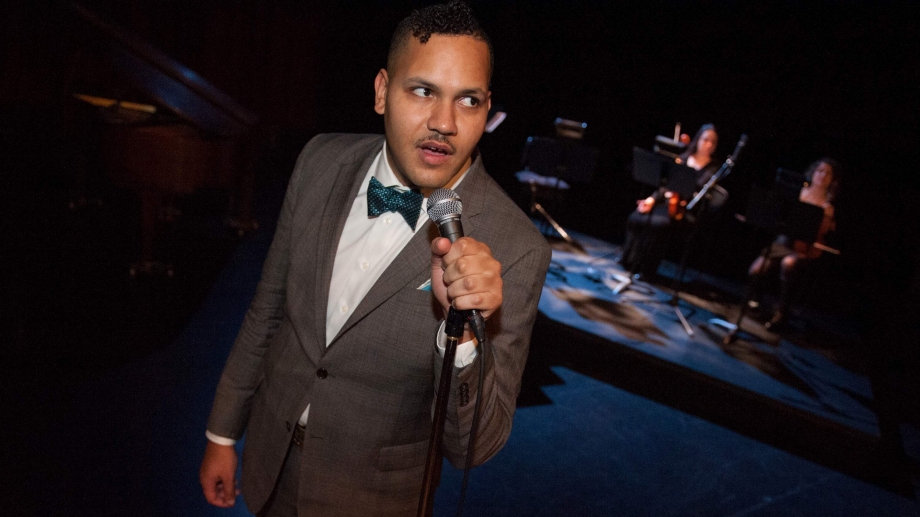