Dayna Hanson is a choreographer and multi-disciplinary artist based in Seattle, WA. Hanson has been creating work at the junction of dance, theater and film since 1987. She co-founded dance theater company 33 Fainting Spells in 1994 and, with co-artistic director Gaelen Hanson, created six evening-length works during the company’s 12-year run. The work of 33 Fainting Spells was presented across the U.S. and abroad. In 1999, 33 Fainting Spells began working in dance film, producing New Dance Cinema, a biennial festival of international dance film, and directing short films including Measure and Entry. Measure can be found on First Run Features’ Dance for Camera DVD.

Since 2006, Hanson’s dance theater work has been commissioned by On the Boards, Under the Radar Festival and National Performance Network. Her work has been presented by Portland Institute for Contemporary Art, Fusebox Festival, Dance Umbrella Austin, REDCAT, Miami Light Project and PuSh Festival. In 2013 she was artist-in-residence at MANCC (Maggie Allesee National Choreographic Center), Noorderzon Festival in Groningen, Netherlands and Velocity Dance Center in Seattle.

“You leave the theater satisfied with the quality of the work and particularly of the stagecraft involved in creating that work. It’s a handsome show with a handsome, hard working talented cast and crew.” – Michael Strangeways for The Gay Scene 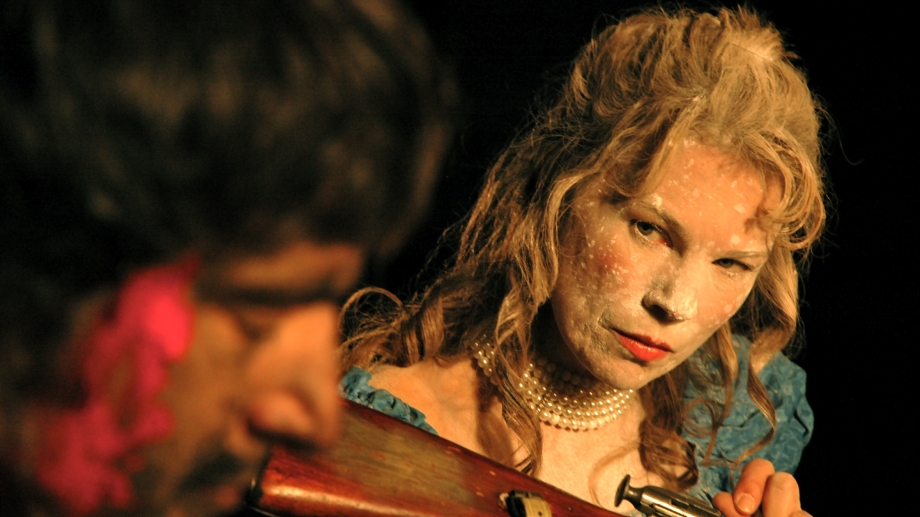