Frédérick Gravel (dancer, musician, choreographer) graduated in 2009 from UQAM’s (Université du Québec à Montréal) dance faculty with a thesis on “The role of the dance artist in a democratic society”. The choreographer, dancer, musician and lighting designer Frédérick Gravel has been active on the Montréal scene for the past ten years. He turns the structures of choreography upside down, merging into his work various elements from rock and performance art. Advocating the intermingling of cultures and disciplines, he won over FTA (Festival TransAmériques) audiences in 2009 with Gravel Works, which was then invited to the Rencontres Choréographies Internationales de Seine-Sainte-Denis, in France. In 2010 he returned to the FTA with Tout se pète la guele, chérie and Cabaret Gravel Cabaret, which have received great national and international reviews. His work Usually Beauty Fails was presented in November 2012 at the Cinquième Salle in Montréal’s Place des Arts. The production has since been on a tour that will visit many cities in Europe and North America.

“Gravel’s choreography revealed undeniably simian grace and embraced discomfort to the extent that it becomes its own kind of beauty.” – Seattle Dances 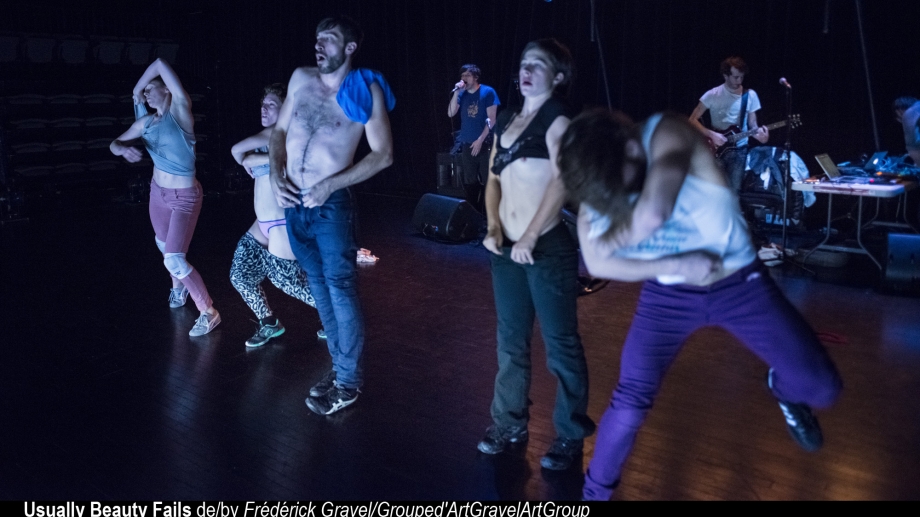