For Morgan Thorson, dance-making is an occupation of necessity. Her choreography is driven by a persistent need to investigate culturally, socially and perceptually relevant life experience, and is deepened by her continued study of dance as a purveyor of the same. Her original works combine movement, light, sound and objects, always taking into consideration the site of the work, the representation of the body, the impulse of her collaborators and the history of the field. Based in Minneapolis, Morgan is a certified Skinner Releasing Technique teacher, a faculty member at the University of Minnesota, and an advisor for the SCUBA touring network. She began dancing at a young age, with formative ballet instruction from Carol Sumner in Balanchine technique. Morgan graduated from Barnard College in 1987. After a long hiatus from dance she resumed her (MOVEMENT/DANCE) studies with Cynthia Novack, Daniel Nagrin, Jennifer Monson and Lisa Nelson. She began making full-evening dances in 2000. Morgan has received many awards for her work, including NEFA’s Fused grant in 2011 and a 2010 Guggenheim Fellowship. Other honors also include the McKnight Foundation Fellowship in Choreography 2009 and 2002; a 2010 Dance To Go award; and multiple awards from the Jerome Foundation.

"Thorson's ‘Heaven’ is better described as ritual-movement theater than dance. It goes for trance-inducing pattern and sound, and only after the trance has been induced does Thorson delve into restless realms that ask for dance prowess from certain members of her company." - Michael Upchurch 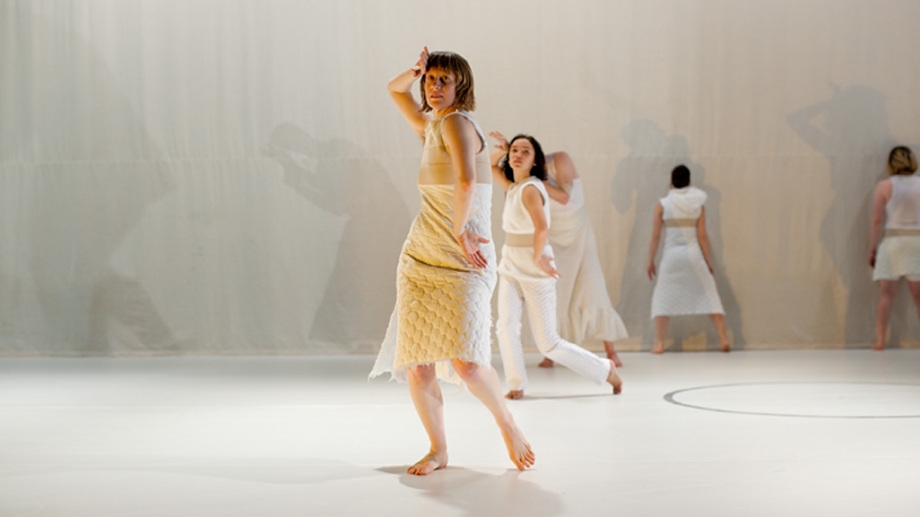