Reggie Watts and Tommy Smith create absurd experimental comedic theatricals for modern performance spaces. Reggie Watts is the performer, composer, musician and writer while Tommy Smith directs and writes. Transition played at the 2008 Portland Institute for Contemporary Art’s (PICA) Time Based Art Festival (TBA)and the 2009 Under The Radar Festival at The Public Theater; it was also the winner of the 2008 MAP Fund Award and 2009 Creative Capital award. Their previous theater piece Disinformation was seen at the 2008 UTR Festival, PICA: TBA 07, The Museum of Contemporary Art (Chicago) and The Warhol Museum (Pittsburgh). Radio Play premiered at Ars Nova (New York) and played at the Seattle Rep during Bumbershoot 2009, and at Redhouse in Syracuse, March 2010. Dutch A/V, a live environmental film performance and winner of the 2009 MAP Fund Award, workshopped at IRT Theatre in New York November 2009. Reggie and Tommy regularly hosted Occurence, a cabaret of alternative performers, which has been seen at Ars Nova, Galapagos, The Tank, Leftbank (Portland) and various unconventional spaces. When not collaborating together, Reggie and Tommy work on their “A-Side” careers, which can be seen at reggiewatts.com and smithsmith.wordpress.com, respectively. They live in Brooklyn and other places.

Here's what Seattle Mag editor/writer Brangien Davis had to say about Transition:

“Know this: it's really funny and really good. Rumor has it Reggie has a Comedy Central special in the works, so if you're one of those people who loves to say, "I saw him before he got huge," this is your chance.” 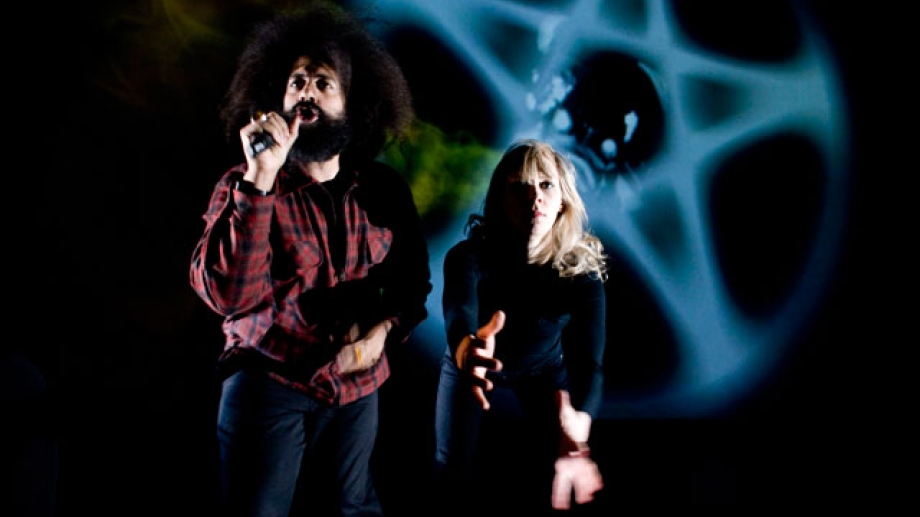