The award-winning "Betroffenheit" is a boundary-stretching hybrid of theatre and dance that explores the psychological states of trauma, grief and addiction. Available on OtB.tv through March 17,... More

The award-winning "Betroffenheit" is a boundary-stretching hybrid of theatre and dance that explores the psychological states of trauma, grief and addiction. Available on OtB.tv through March 17, 2023.

Combining tap, salsa, spoken word, song and puppetry with Pite's emotionally charged choreography, "Betroffenheit" is a witty and tender-hearted exploration of disconnection, isolation and what it means to come to terms with life’s tragic. Described as raw and riveting, this genre-busting dance-theatre hybrid was the Dance Critics' top pick of 2016, and won the 2017 Olivier Award for Best New Dance Production. Jonathon Young was also deservedly awarded Outstanding Performance in Modern Dance at the Critics' Circle National Dance Awards.

In 2002, she formed Kidd Pivot in Vancouver. Integrating movement, original music, text, and rich visual design, Kidd Pivot’s performance work is assembled with recklessness and rigour, balancing sharp exactitude with irreverence and risk. The company’s distinct choreographic language – a breadth of movement fusing classical elements and the complexity and freedom of structured improvisation – is marked by a strong theatrical sensibility and a keen sense of wit and invention.

Kidd Pivot tours nationally and internationally, performing such highly-demanded and critically acclaimed works as Dark Matters and Lost Action. Kidd Pivot's residency at the Künstlerhaus Mousonturm in Frankfurt (2010-2012) provided Pite the opportunity to create and tour her most recent works, The You Show and The Tempest Replica.

Pite is the recipient of the Banff Centre’s Clifford E. Lee Award (1995), the Bonnie Bird North American Choreography Award (2004), and the Isadora Award (2005). Her work has received several Dora Mavor Moore Awards (2009, 2012), and a Jessie Richardson Theatre Award (2006). She is the recipient of the 2008 Governor General of Canada’s Performing Arts Award, Mentorship Program. Most recently, she was awarded the 2011 Jacob’s Pillow Dance Award, the inaugural Lola Award in 2012, and the Canada Council’s 2012 Jacqueline Lemieux Prize. 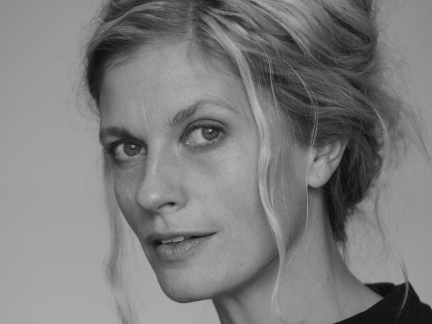