Big Dance: Short Form is Big Dance Theater, distilled. BDT returns to its dance roots for its 25th anniversary celebration, theatrically re-imagining the conventions of a dance repertory program and presenting the company’s unique blend of dance-theater on an intimate scale.

Inspired by disciplines of the concise — novellas, folk tales, diary entries, pencil drawings, thumbnail sketches and the single page of a notebook — Big Dance performs five distinct short works, that embrace the brief, granular, close range, anecdotal and microscopic. Downsizing is prized. Solos, duets, and group work feature the beloved, veteran Big Dance performers who, under the artistic leadership of Annie-B Parson and Paul Lazar, have honed a distinctive performance style that has influenced the downtown scene in NYC for the last 25 years.

Founded in 1991, Big Dance Theater is known for its inspired use of dance, music, text and visual design. The company often works with wildly incongruent source material, weaving and braiding disparate strands into multi-dimensional performance. Led by Co-Artistic Directors Annie-B Parson and Paul Lazar, Big Dance has delved into the literary work of such authors as Twain, Tanizaki, Wellman, Euripides and Flaubert, and dance is used as both frame and metaphor to theatricalize these writings. For 25 years, Big Dance Theater has worked to create over 20 dance/theater works, generating each piece over months of collaboration with its associate artists, a long-standing, ever-evolving group of actors, dancers, composers and designers.

Big Dance Theater received New York Dance and Performance “Bessie” Awards in 2002 and 2010; the company was awarded an OBIE in 2000 and BDT company members have received 5 other “Bessie” Awards and an OBIE award for their work with Big Dance. In 2007 the company received the first-ever Jacob’s Pillow Dance Award. Big Dance Theater has been presented around the world including France, Italy, Belgium, The Netherlands, Brazil and Germany and in the USA in venues including: Brooklyn Academy of Music, Dance Theater Workshop, The Kitchen, City Center Fall for Dance, The Performing Garage, New York Live Arts, The Chocolate Factory, Classic Stage Company, Japan Society, Jacob’s Pillow Dance Festival, The Museum of Contemporary Art (Chicago), Walker Art Center, Yerba Buena, On the Boards, UCLA Live, and The Spoleto Festival. Most recent commissions have been from Les Subsistances, Lyon; Chaillot/National Theater, Paris; The Brooklyn Academy of Music and The Walker Art Center. 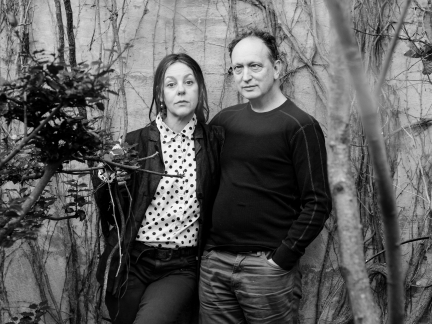 “Effortless mastery...is a rare and wonderful thing. How rewarding to experience Big Dance Theater's display of it.” - Washington Post

“Every once in a while, an audience exits a theatre feeling deeply alive. Lit. Satisified. Big Dance Theater's anniversary show is programmed with the canny sensibilities of a master chef, transporting one's taste buds across the gamut of flavors and textures but never forgetting the tart tickle." - Dance Tabs

The Tales They Tell

It’s always entrancing to watch the company’s gifted performers—some of whom have been a part of Big Dance Theater for a decade or more—field movement, words, props, and costume changes amid film clips, and scenic elements; they can slip into a character, out of it, and into another with almost shocking dexterity.